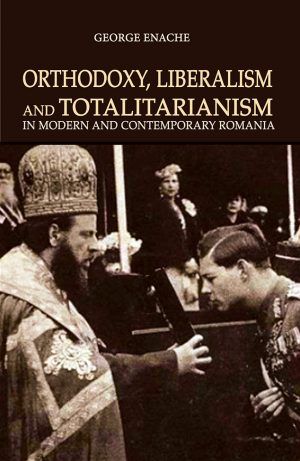 Mărește
(0 review-uri)
(0 review-uri)
Religion continues to be, even today, an inexhaustible topic, which does not cease to intrigue and generate controversies. Its „essence” escapes any investigation in spite of the multitude of approaches. Each perspective ends up as incomplete and incapable of presenting the phenomenon in its entirety. Which is the most suitable angle of approach? How relevant and general are the conclusions reached so far? These are questions that will be indefinitely asked when it comes to the subject of religion.
For a long time, fields of research such as international relations, geopolitics or political sciences all ignored religion. These sciences are the children of western modern civilisation, which was largely built in opposition to religion. Modernity generally rejects the “supernatural”, considered in most cases to belong almost exclusively to the field of religion. This implied the rejection of religion’s ontological reality. At the same time, the religious experience was denied the validity of a true instrument of knowledge. Deprived of its ontological and gnoseological status, religion was condemned to an inevitable extinction, either “naturally”, or by active involvement in order to accelerate the process, as was the case with communism, which is considered today as one of the “failures” of modernity. From this perspective, it was thought that religion would continue to manifest itself only as long as there were still religious people and institutions that would claim to be the exhibits of a religion (the churches). From the perspective of the social and political sciences, religion entered a minor register, without any significant importance in shaping society, in structuring the relationships of power within the states or in influencing international relations. Preoccupied to identify the factors that set history in motion, the social and political sciences did not have the time to deal with a factor that was treated as “residual”.
Nowadays, they talk more and more about the “resurgence of religion”. This does not mean, from a “scientific” perspective, that the truths “promoted” by religion have been acknowledged as such; instead, the academic world and the mass media have simply noticed that religion is more present in the public space than it used to be during previous decades. Moreover, the post-modernity that we live in is dominated by the “anything goes” principle. There is no longer a dominant, normative discourse but a sum of discourses which display a certain degree of truthfulness, and religion can still be considered as a discourse, as a vision about the world or just an ideology” among many others.
The present perspective shared by the political sciences or international relations upon religion can be discovered in the following fragment: “Religion is one of those terms that is extremely difficult to define … most definitions attempt to deal with existential issues that are not really relevant to social scientists trying to examine the impact of religion and society.
Our approach to the concept of religion does not rely on a specific definition of the concept. Rather we accept that it exists and influences human behaviour and focus our efforts on discovering these influences. There are several such basic influences. First, it can influence people`s worldviews, which in turn influences how they think and behave. Second, it is an aspect of identity. Third, it is a source of legitimacy, including political legitimacy. Fourth, it is associated with formal institutions that can influence the political process.”